Is Magic Necessary in Fantasy?

Is Magic Necessary in Fantasy? Is magic necessary in fantasy?

My first inclination is to say, “I hope not,” because my book Curious Origins of a Restless World has no magic.

Before you think, “Well, who would want to read that?”, at least stick with me through the end of the blog.

Why?  Because whether having magic or not, most fantasies do have something supernatural.  And so it is with Curious Origins of a Restless World.

Think Lord of the Rings and that confounded ring, the disembodied evil eye of Sauron, the screeching wraiths, Gandalf and Sarumon and all their mess, even Galadriel as old as she is.

Think even of the magic in The Chronicles of Narnia.  The Deep Magic that reaches to the beginning of time and the Deeper Magic before time.

But what if a fantasy world was devoid of magic?  Would that preclude the supernatural?

It hasn’t in our world.

The Supernatural in Our World

There have been – and surely will be again – events that human reason cannot explain.

Now don’t be giving me grief by saying miracles cannot have happen because they are not scientifically provable.

Of course they’re not.  That’s why they’re miracles.  Science must be able to replicate the experiment and test the hypothesis.  That is the natural order.

But by its definition, the supernatural is not natural.  The supernatural doesn’t happen at regular intervals or in any kind of predictable formula.  There is no mathematics to contain it.  If it did behave properly, the supernatural would be natural and subject to the laws of nature. Magic in the Air photo credit: ecstaticist via photopin cc

Of course the terrifying and wonderful thing about the supernatural is that it presupposes a Personality who has the power and freedom to intervene at His choice.

Does that mean that all things unexplained at this time are supernatural?

Contrariwise, there may be events we believe have adequate explanations but in fact are not explained at all.  Think of all the times in history when mankind knew for certain things were figured out only to have the rug of superficial knowledge ripped from him.

How embarrassing for us!

The Fantasy of Magic

Back to the subject at hand:  Magic is the thing for fantasy worlds.  It’s exotic and exciting; it drives plots and tests characters.  But on our world magic is for the superstitious.

In fantasies the frightening thing about magic is that it is under the control of some creature, mostly one only too fallible if not downright evil.  Magic easily becomes capricious.

Another thing:  Magic is mostly attainable, at least by a few, and it’s limited, otherwise the story’s conflict would be solved in a poof – literally.  That’s why Minister of Magic Scrimgeour in Harry Potter and the Half Blood Prince had to give the explanation to the Muggle Prime Minister why the wizards and witches couldn’t simply solve the problem of Voldemort with a wave of a wand.

The Wonder of the Supernatural 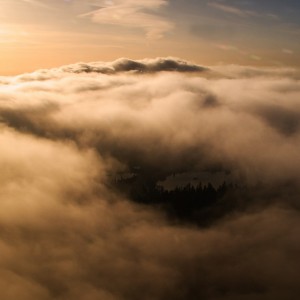 But the supernatural is another thing entire.

The supernatural is neither under our control nor attainable by us denizens of this universe.

So I say, magic isn’t necessary for a fantasy story, but I do believe a sense of wonder is needed in fantasy…